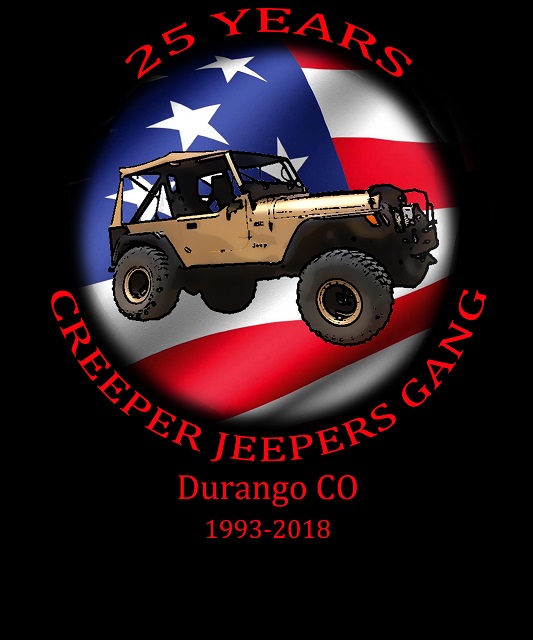 How the Creeper Jeepers Began.

To accurately tell this story we have to go back to the spring of 1990 when Chris & Chrissie Stacey were neighbors with Frank & Sandy Taylor. Frank and I had met two years earlier regarding a Jeep. Chris and Roger Sterling were four wheeling friends during their college days so the natural progression was the four of us to meet and go wheeling together.

So our first trip together was to Dolores river canyon. We met at Frank & Sandyâ€™s home in three nice CJ-7â€™s and me in a 1979 K10 Chevrolet long bed truck. It turned out to be great trip, we all got along well and we all had a passion for four wheeling and we continued to go on more trips.

Fast forward to 1993 a part time resident of Durango and retired dentist Byron Dillon gave us a jumpstart to become an organized group. Which his timing turned out to be just about right because we were already contacting and being contacted by other folks with similar interests in four wheeling.

Chris, Roger, Frank and I then decided to have a meeting with 3 other fellow four wheeling friends that had expressed interest in helping us get organized.

Our first meeting to get CJG up and running was comprised of the first four of us and along with Steve Rumore, Vern Stankewitz, and Bill Haycraft. We met at Vern and Janâ€™s home and we hammered out the details based on other clubs bylaws and SOPâ€™s that Chris had acquired. There was a lot of good discussion and passion in what would be contained in the bylaws and SOPâ€™s how they should be written.

Our first official meeting was held July 1993 in the building that now houses Steamworks Brewing back then it was Pat Murphy Motors. Pat Murphy Motors has always backed us in some form or another. However we only met there a few times there then moved to Durango 4X4 that was located just off of 32nd street. We met there for a few years. We were growing rapidly and soon outgrew that location then moved into the fairgrounds.

From the early years to now, as an organized four wheel drive club, we have always wanted to make a good impression in our community while still having a lot of fun four wheeling

In retrospect it is an honor to be a part of a grass roots organization, to have seen it form, and to see what CJG has grown into today.

It always comes back to the good people that share the same passion for something larger than ourselves individually and to keep CJG going another 25 years. 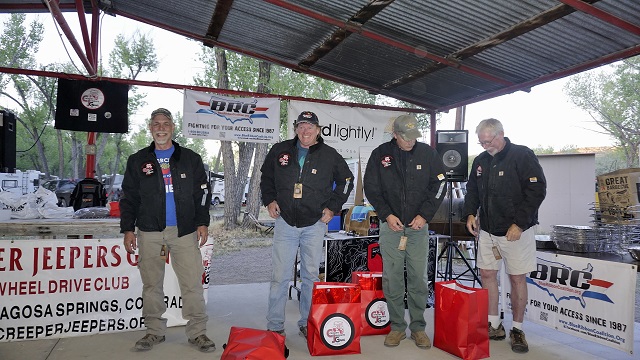 Where are they now.

Sadly Bill Haycraft and VernÂ Stankewitz have passed away.

Kevin Fox lives in Farmington and is still very active with the club serving on several committees and boards.Â  He is married to Beth and works at a truck supply store.

Roger Sterling lives in Bayfield and is still active with the club.Â  He is the owner of Southwest Appliance and married to Christine.

Chris Stacey lives in Pagosa Springs and is still active with the club.Â  He is married to Chrisie and is employed by Archuleta County.

Frank and Sandy Taylor are both retired and still live outside Durango and spend a lot of time traveling. 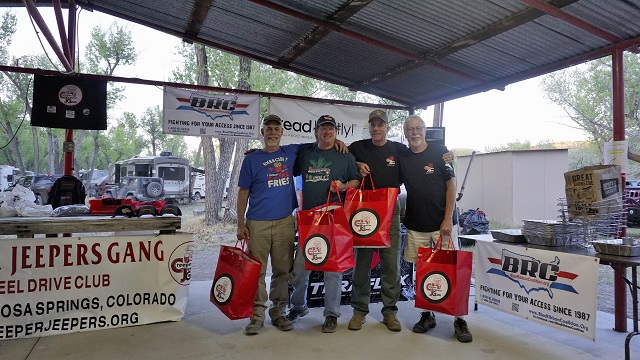 We are had our big 25th bash on May 18-20 for club members, friends, guests, and sponsors.Â  This was be our biggest event ever for the club filled with wheeling, games, BBQ, drawings, bonfire, and camping.Â  More pictures and stories click here. 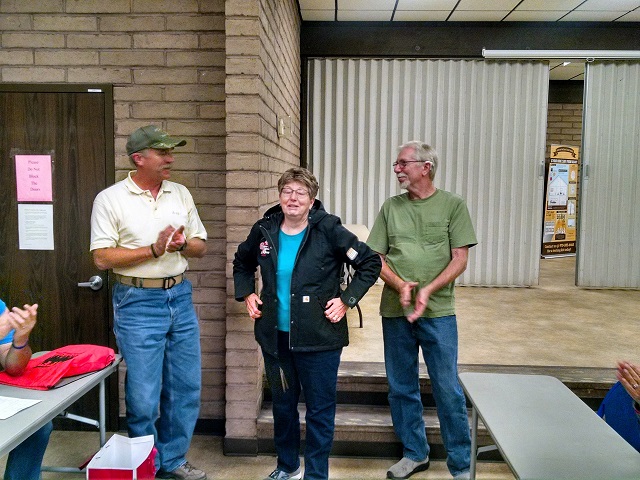