Â I have 3 children, Forrest (24), Faith (19), and Foster (17).Â  In April of 2012, after almost 20 years of dreaming about buying a Jeep, my husband, William Dowling, finally broke down and did something for himself…he bought his first Jeep.Â  Almost one year later, on May 31st, 2013, he was involved in a terrible fire, (he was a Houston Fire Fighter), that claimed the lives of 4 other FFâ€™s, and left him catastrophically injured.Â  His injuries consisted of burns, double amputation of his legs, and a severe brain injury.Â  We moved to Durango so that he could participate in the Adaptive Sports program, as numerous illnesses made it clear his life would be cut short in time.Â  We wanted to give him a quality life with the small amount of time we had left.Â  We equipped his Jeep with a 5 point harness to help hold him up, and we took him on as many rides as possible.Â  The Jeep was his baby, and it brought him so much joy. Â  We lost him on March 7, 2017, one week before his 44th birthday.
My goal is to make sure I do the things he wanted to do, we wanted to do together!Â  I know he would have loved this, and I want his legacy to live on.Â  This Jeep was so special, that when he was injured, it was kept at the firehouse for six months, until his first release from the hospital.Â  They babied his Jeep like it was precious as gold.Â  On the day he came home, his Jeep was the first vehicle behind the fire truck.Â  The last 5 miles, we were greeted by a convoy of Jeeps that jumped into the line and followed him the rest of the way home.Â  It was so moving!
So as you can see, this Jeep is so much more to us than an average vehicle.Â  It represents him, and all the things he fought for along his journey. Â  He was given the nick name Iron Bill, the day they pulled him out of that fire alive.Â  Itâ€™s only fitting that we give the Jeep the same name.
I hope to do him justice!Â  Thank you for having us. 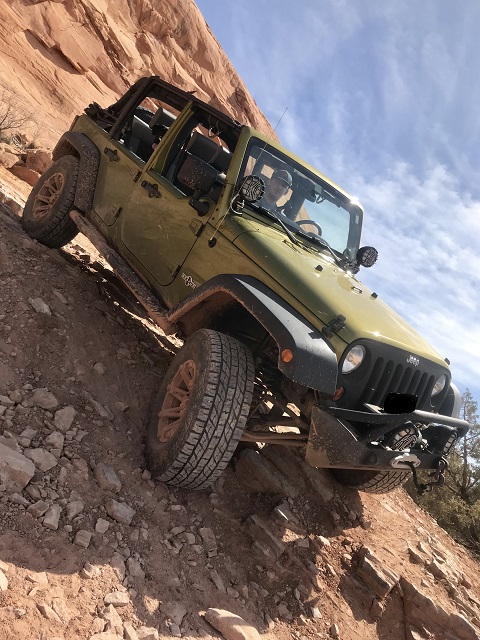 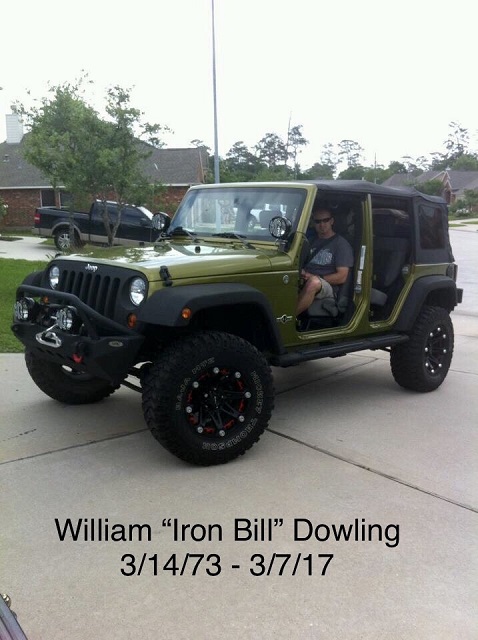 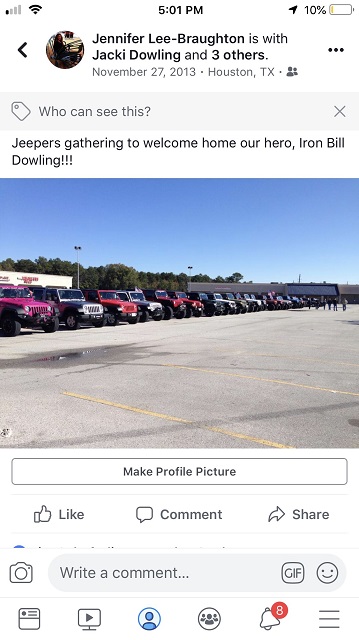 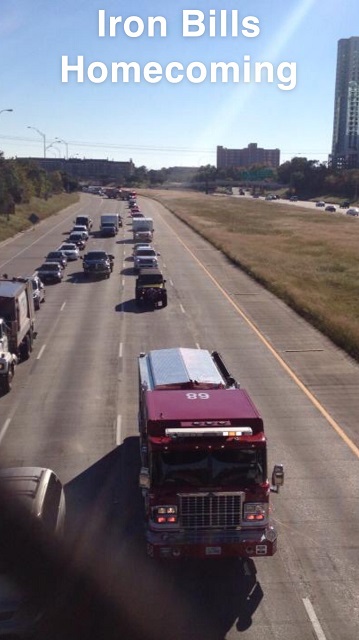